Nicole:
Which subjects would you prefer to write about?

Gaurav:
Which subjects?
OK, my writing has really barely to do with culture or with particularities of any culture. Yes of course, culture is part of it but not the main part. What is fascinating for me is mainly the topic of being. For me it is the most important – What does it mean to be? It is a little philosophical.
At the university I didn’t study literature.
I studied philosophy for a time period, a little but not complete.
But I like this genre of philosophical writing.
I don’t like to show cultural problems for example. But somehow it is important for me, to show what it means to be.
Yes, and therefore I like the surrealistic, absurd stile.
For me surrealism is the way, which fascinates me.

Gaurav:
Really I often tried it.
But discovered, I can say, when I learned German. I was in Poona.
And also before. I was at the university in America and studied language sciences at that time. It has a little to do with philology, the history of languages.
But also for example … cognitive … so I don’t know it … Noam Chomsky. What means language in brain. Such a little psychological science of language.
But that is really very boring, because it was too scientific. The brain will be shown by these diagrams and all.
And I visited such a literature course there.
And I read Camus and much of Kafka. A friend of mine likes Kafka much. And I read Kafka a little and I highly appreciate him.
I simply like it.
And at that time in Poona I also read Nietzsche and Schopenhauer. And … yes … somehow … Schopenhauer was good, but Nietzsche was much better. So somehow, yes … I felt more appealed by his writing. I had this book in English – ‘Beyond Good and Evil’ – when I was eighteen years old, and I was interested in it very much.
And then I had to leave.
Because the university in USA was so expensive, that I had to go back.
And I thought: OK, what to make? What to do in the meantime? I am completely free and I have to do something.’
And I thought: OK, I can learn German. Because I was interested in philosophy and it helps, if I like to read Nietzsche or Schopenhauer.
And then I began with learning German. And there I really have … actually Kafka was the inspiration … he so much corresponds to my own feelings, he describes my own feelings so good … yes somehow his stile was so special for me. He is philosophical, but he is not a real philosopher. He is writer – and a real writer.
So Kafka was the encouragement or the inspiration.
And then I began.
In fact the first story which I wrote was published last year.
But I wrote it eight years ago. Started – I modified it more and more and again modified and again modifications and many, many, many modifications.

Nicole:
How do you think, that the many changes of places in your life have influenced your writing?

Gaurav:
Hmm – changes of places?
My writing has not so much to do with places in the sense of particular. But of course, I think, that Delhi influenced my writing more than any other city. Perhaps it is the scenes, although I never named Delhi, never used the name. Somehow there are in my own brain the streets, the lanes, my own city. Although I lived anywhere else. I don’t think so much of other cities. It may be ironical, but for me it is special.
Change of place itself is a surrealistic experience.
Because one is there in one minute and then not there. And that has also to do with being. He is there – being – and then no longer being there. And then one has to live a totally different life.
For example these collection of short stories or narratives. The character is nearly me – he is not me – but he is in situations, in which one does not know, if it is different places or the same. Because in brain, if one dreams for example, the places are mixed. There are no borders. They are only political or geographical. But in imagination they are mixed.
People from these places … that’s maybe what influenced me …
There is one character, who has to leave.
He is in – I never say America, but it is America – and a woman takes care of this character. And at the end, when someone comes to this woman, we don’t know if we are in India or if we are in America. So in my brain it’s somehow mixed. There is no clear border … that was there.
There are a lot of black holes in experience. Where you are travelling and where you are all over. And in your head you dream about so many places and people from different places, who meet each other in the dream … and that influences. I think, travelling in itself influences me personally enough, to be lost somehow.
And ‘to be lost’ is a little bit surreal in itself.
Because you are nowhere – a sort of threatening this ‘nowhere’, you know. (laughs) It has a little bit of … yeah, I think that’s how most apparently.

Nicole:
And who are your most important literary idols?

Gaurav:
Hmm, Kafka I already said.
Actually it’s like that, that…
I must speak in English now. I think German is too skilled for me for that. (laughs)
Actually it’s really funny, because, like I said, I was influenced by the Americans, I mean by the Americans and Kafka.
And then I was very interested in certain art movements in Europe. For example like the ‘Expressionists’. Yes, I loved even the painters. I loved all these guys, like … what’s his name?
‘Der Blaue Reiter’, like that school and like … (thinks about)

Gaurav:
Yes, yes him … and like Max Beckmann. Somehow like ‘Die Nacht’. You know, this whole distorsion, very expressive and to show even the countryside and the city.
Even Kandinsky to some degree, but he is more like without form, but I really like. And I saw that also with Kafka like the same. It is some similar school.
And there is of course a very expressionist writer – Döblin. I like some of his stories.
And a fantasy-expressionist called Gustav Meyrink from Prag. But he is not as well known as Kafka – contemporary of Kafka.
And then, you see … I always felt little like deprived of good writing.
Because I didn’t find that. Like you go to book shops in India, and I see, that, what mostly is selling is, this all is emphasis on the cultural problems. And I’m not saying, that literature can not go there, but it’s something, which didn’t fascinate me so much.
I was interested more in like Camus for example. Camus, he is a good writer.
But more recently I have discovered, there is a huge independent literary scene in America, where I found, like where I’m also been able to publish some of my writing. And I found some really fascinating writers, which are not so well known.
Like this is one guy, his name is Matvei Yankelevich. He wrote this book called ‘Boris by the Sea’. This is absurd poems, but really he catches. I mean, it’s a really small little book. He really catches it.
And it seems that, you know, art must, or writing must … art must creating something new.
You know, even if you like something, which is old, you can’t … If you say the same thing, it looses it’s potency.
I mean even if you’re writing within that style or even within that milieu. When you are writing within that milieu, you should enhance it, you should go further than the tradition. Like any great writer has. He has been influenced by the past. And if he would not for the past, he would not even be writing. But he is added to the past by building something new.
So when I see people like Matvei, he is clearly influenced by the Russian avant-garde. He is Russian in origin, but American say, this is Russian literature. But he has created something, which is completely novel.
Most recently I discovered this one writer, who is again completely missing. David Ohle, who wrote this novel called ‘Motorman’. So in terms of language, he is very experimental. He takes you. I don’t usually typically like science fiction. But it’s really like he takes you. I think he’s better than Orwell or any other person, who wrote about Dystopia – because of the language. He is able to take you and he had been so human. It’s not like, his emotions are very human, he is very emotional. But yet it’s in another world. There are two, three suns. I mean, it’s a completely different fabricated world.
So yeah.
I like fairytales, I love fabrication, I don’t like too much reality. (laughs)
We have enough of it … anyway … yes.
So that’s it. I like anything which is strange. 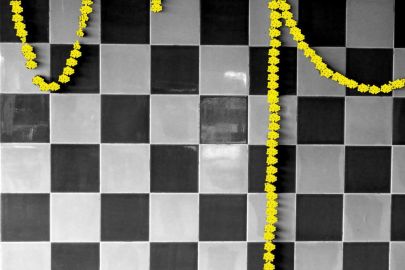 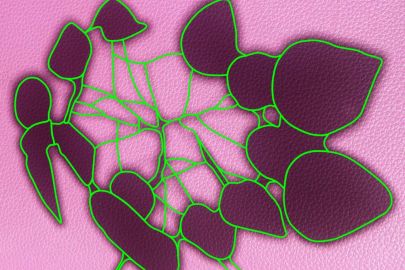 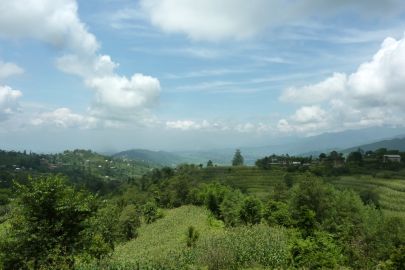 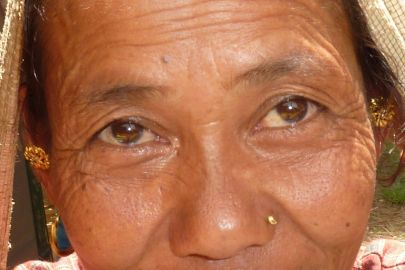 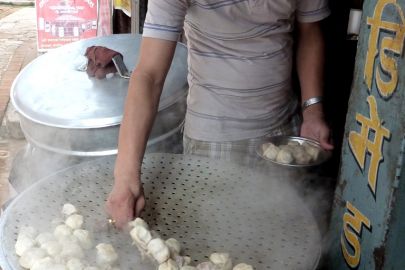 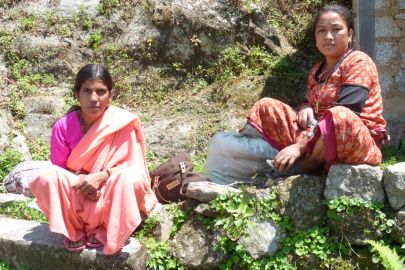