In the northern part of India, at the foothills of the Himalayas, lies Dharamsala. It’s upper part, named McLeodGanj, is perched high on the hillside. 1959 with the seat in exile of the Dalai Lama, the Tibetan Buddhism found here a new center too. Exile-Tibetans, Tibet-activists, Buddhist monks, in Buddhism interested people and tourists give distinction to the small mountain village.

Beginning of October 2011 we met Losang Rinchen there. More than one time his lifepath unexpected changed the direction. One month before our meeting he just was ordained as Tibetan-Buddhist monk and lead meditations. 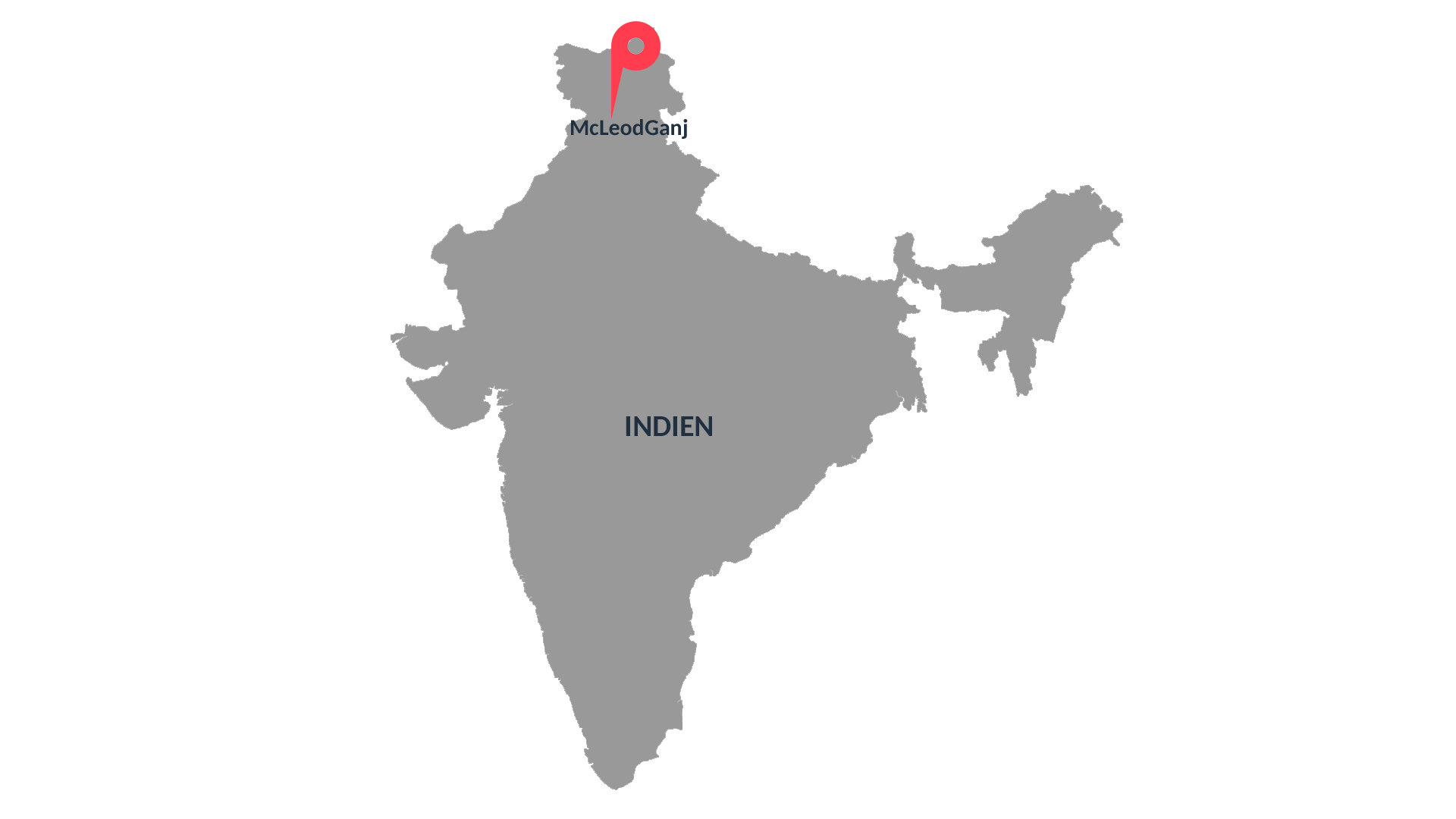 Rinchen:
Well … I’m Losang Rinchen, originally from Hawaii in the United States and came out here to India, my first time to India. Been here for three months and I’m a volunteer at Tushita Meditation Centre and I lead meditation for introduction to Buddhism classes, which are ten day intensive classes, and I enjoy it very much.
It’s a wonderful thing to do. And to be able to affect people’s life in that way, it’s just indispensable, it’s amazing and I take it very seriously. Don’t want send anyone on a wrong path. I just want to make sure people have a positive experience of meditation. And as I said I take it very seriously. I love all my students. I just want the best for them.
It’s very strange to be in such a foreign country, so far from home. I think it took maybe twenty hours to get here on the airplane, twenty something hours. So it’s very far away from Hawaii.
I’m able to keep in touch with my friends and family, through Skype mostly. It is a very economical way to do it, but the time zone is so different, that it’s hard to actually reach anybody at an O.K. time.
My ordain name is Losang Rinchen. Losang means ‘kind mind’, which kind of fits me I would say, and Rinchen means ‘precious’.
So I’m very happy with my name.
It’s given to me by venerable Denma Locho Rinpoche. He is a very high lama here in Dharamsala – McLeodGanj. I appreciate that name that I’ve gotten. But I can’t be too attached to it, because I’m gonna get another name when I get my second ordination – hopefully with His Holiness the Dalai Lama. 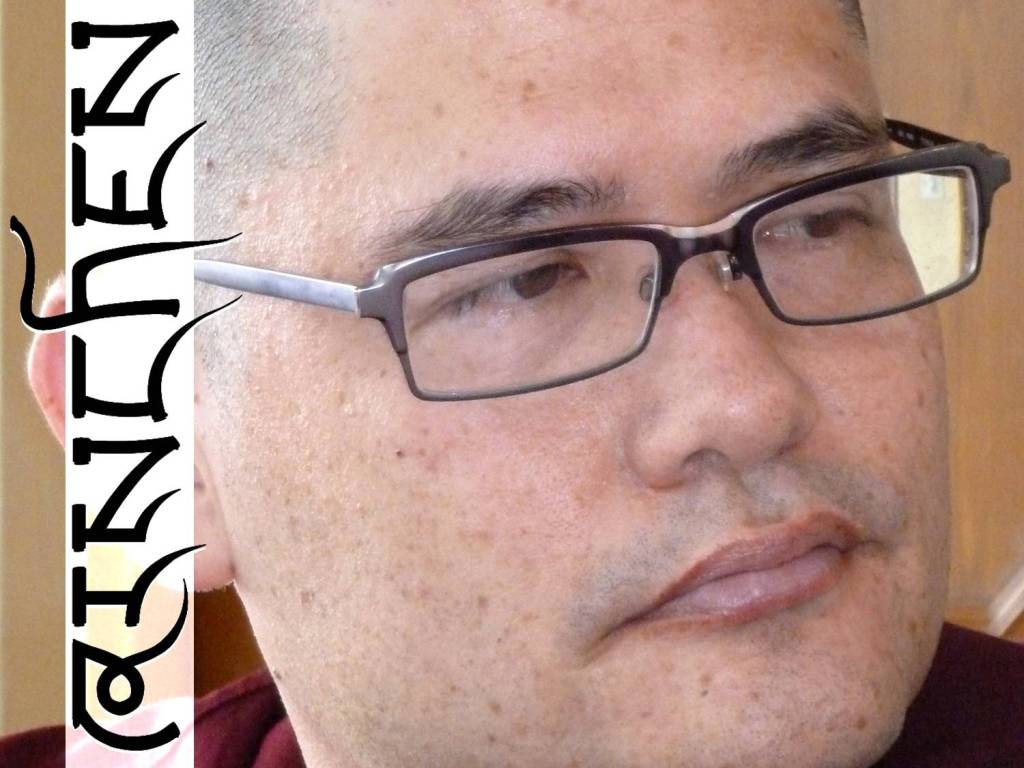 Nicole:
Rinchen, can you tell us about some important stations of your live which brought you to Buddhism?

Rinchen:
Well … coming to Buddhism … I came to Buddhism actually fifteen years ago. I was living in San Francisco and actually I was very disillusioned with live at that time.
I had a good job. I was doing only one in work, but I thought like there was something. Well I was very disillusioned with my life. I was earning pretty good money, eating out every night for dinner, having nice budgets, etc.
But I looked around and I said:
‘What is this live? I can’t be living just to eat nice meals and live in a nice place. There’s got to be more to life.’
And so I started looking around for some kind of spiritual place that I could go to and I somehow found to Tibetan Buddhism. And I never looked back. I just thought, it was the greatest thing ever. And just from one teaching I was already excited and I hardly decided to stick with. And there was a Tse Chen Ling Center for Tibetan Buddhist studies in San Francisco, and it’s still there. It’s in a different location now, much fancier location. I just fell in love with that place, fall in love with Tibetan Buddhism.
And so you will say ‘Why not Zen or something like that?’ But Tibetan Buddhism in my opinion is more scholarly Buddhism, especially the Gelugpa tradition which is under the Dalai Lama. And so I was very attracted to it, I mean, the Foundation for the preservation of the Mahayanism and the Lama Zopa Rinpoche and formerly Lama Yeshe, he passed away at a very young age, 1984 I believe, but he is still revered as the original Kopan lama so far.
And … what was the question again? The important changes in my life or something?

Rinchen:
O.K. So, one was finding Tibetan Buddhism. And then I also took refuge in the Buddha, the Dharma and the Sangha, which is the historical Buddha. The Dharma’s are the teachings of the Buddha and the Sangha is the spiritual community of practitioners.
So I took refuge fourteen years ago with venerable Robina Courtin, who is coming in November. I’m very excited about her coming to McLeodGanj to the Tushita Meditation Center in November to teach. And I’ll be hopefully able to help her – what anything she needs, and I’m looking forward to that.
That was one of the big stations.
Some tragedy happened when my mother had a bad stroke. That was a while ago, maybe eight years ago. So that was a big moment in my live. I fell apart, got very depressed.
And than my Buddhism cling wasn’t there to help me enough. My teacher was not in good health. I was living in Hawaii at that time and my Sangha was in San Francisco, all my supporting friends.
So things fell apart and than I became a Christian. I had no places to turn. And a friend of mine invited me to church. And so than I became a Christian.
I don’t know – Live changes somewhile.
Anyway. And than I went to a divinity school to become a reverend, a pastor. So I did that. And in my senior year, half way through, I had a vision which told me to go back to Buddhism.
So – here I am.
You have to follow your call … and Buddhism is calling me. And like willingly I just want to get ordained, I want to finish the school. So I still finished. I still got ordained and then I thought of moving towards the Buddhist path again.
So here I am, I’m ordained Buddhist, I’m still ordained reverend and I take it from here.

Nicole:
And why did you become a monk? You could stay as a civil Buddhist. What is the main reason to become really a monk, which means also a lot of restrictions?

Rinchen:
Restrictions as a monk?
As my mom past away and I don’t feel like I have any big commitments in Hawaii, I just thought it was the right time. It just came to me. It wasn’t like I’ve been planning this for many years. Actually part of it is, I did plan to be a Buddhist monk in year 2000. And my mom didn’t want me to. She said ‘You gonna go to India and I never see you again’. Here I am in India now, after my mom past away. So it’s like I’ve to take no longer head on alien confines on me, I could go away, I could become a monk, and so I did.
The impetus was, because I want to be the meditation leader here in Tushita. Then I thought I want to be an ordained meditation leader to be more official. And everything is working out.

Nicole:
How did you become a monk? What have been the rituals?

Rinchen:
Well, that’s a good question. My teacher venerable Robina, she suggested that, I mean I told her I’m interested to be a monk.
She said ‘Very good, very auspicious’ and ‘Good for you’ and so she gave me permission to become a monk.
And she said ‘When you go to Dharamsala, help them arrange for you to speak to venerable Denma Locho Rinpoche. He is one of Lama Zopa’s teachers and see if he will ordaine you’.
I said, I just wanna go for rabjung, which is the first novice vows. And so within a couple of days somebody who works at Tushita set up an appointment with the translator and me to meet with venerable Denma Locho Rinpoche.
And so I met with him and asked with the translator’s support, if he would be able to give me the rabjung ordination vows and he said ‘sure’.
He said ‘Well, I can only give you medium rabjung vows, which is not the full vows, because you need two other monks who are trained to ask the questions’ and … I don’t know.
So he said ‘I could give you medium vows’.
So I said ‘Great’.
He said ‘Come back a week from today, same time three p.m., and have your robes on and your head shaped, except for a little bit of hair’, which he has to cut off.
I said ‘O.K., thank you’.
So then I was with my friend at the time, and she took me to a place to get robes and so. I got mostly everything. I had to order some special but mostly everything I got that day. And I had another friend, a monk friend, a Tibetan monk, who shaved my head except for the little tuft.
And I came back a week later and got my ordination, permission to wear robes, permission to teach and some other commitments that I could work on … which I still working on, but haven’t fully gotten it down yet. And that’s how I was ordained.
So I came through my teacher to this high lama. The high lama ordained me and here I am today.

Nicole:
We saw today in the morning an initiation with the Dalai Lama, something with water. Did you have to do it also?

Rinchen:
I didn’t have to take refuge again, because I had already done that. And when one has not taken refuge, need it to do that in order to take the initiation. Or you could not do it and just take it as a blessing. So … but I had already done that.
So I didn’t do that, but I did the Bodhisattva-vows one more time, cause you can always do that, to increase the strength of that. And I did the Tantra-vows which is really great, it’s wonderful. Now I have one more practice to do. Every time you take another initiation you have more practices you have to do. So there’s one more practice, just two pages. So it’s great. It was a wonderful initiation. And my first … oh – not my first … my first one with commitments to do with His Holiness.

Nicole:
As far as I now there are four different schools in Buddhism …

Nicole:
… in Tibetan Buddhism. Can you tell us which school do you belong to?

Rinchen:
O.K., so there is Sakya, Nyingma, Kagyü and Gelugpa.
I’m in Gelugpa, which is His Holiness’s school.

Nicole:
And is there a special reason, why you choose exactly this school?

Rinchen:
Oh, first I just stumbled on it. I’m going to Tse Chen Ling in San Francisco, and they are Gelugpa. So I just stumbled on it and then I started to like it because it was more scholarly one and I’m very studious, I like to study. So I choose Gelugpa – or it choose me.

Roland:
Depends on both sides … 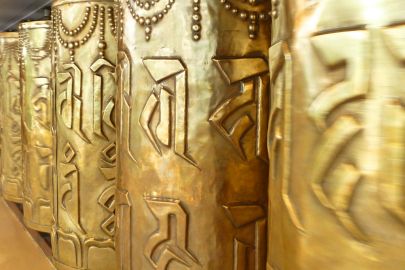 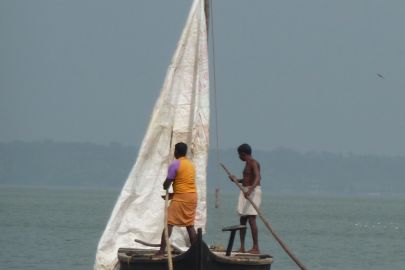 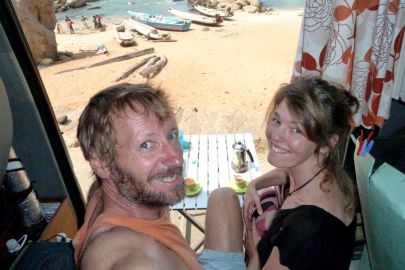 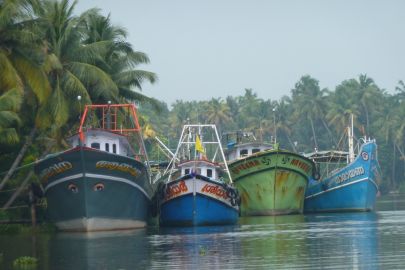 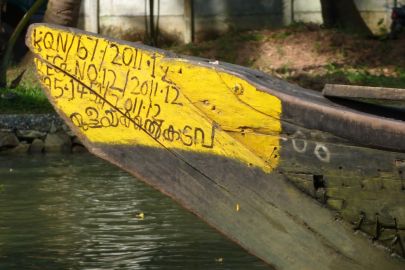 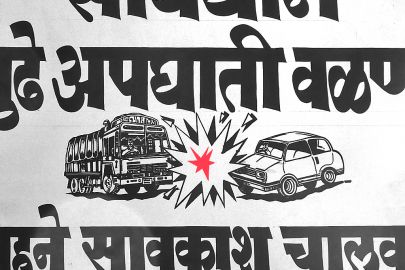